A rescuer named Amanda has rescued a french bulldog named Everly. Amanda has witnessed how Everly evolved and came out of her shell. Everly has opened up to Amanda and has shown her spunky personality.

Everly needed skin and eye treatments. Now that Everly has gotten used to her shampoo and eye medications, she is doing so much better. The skin on her paws are looking good, and she’s not as uncomfortable with her eye regimen.

Because of this, Everly was ready for adoption. Amanda had a potential adaptor for her. When Amanda’s cameraman, Patrick, heard about it, he freaked out. Patrick has formed a bond with Everly since they rescued her.

The moment that Patrick saw Everly, there was an immediate connection between them. Amanda’s team will always find Patrick spending time with Everly. He has bonded with her during their road trip.

Patrick would spend time with Everly every morning and spend the nights with her in their hotels. This was his routine.

Patrick would want to adopt Everly, but he currently has a dog named Theo. Unfortunately, Theo hates other dogs. This is what keeps Patrick from Adopting Everly.

Call it fate, but somehow Everly’s circumstances changed. Everly’s potential adopters said that it was not the best time to adopt her. This gave the team a chance to have Everly meet Theo.

Amanda, Patrick, and his girlfriend made sure that both were on a leash when they meet. Theo is aggressive and territorial around other dogs.

Theo’s behavior around dogs is what made the meet extra special. He was not as aggressive with Everly as they thought he would be. The meet turned out great!

Since there was no aggression between the two, the team removed their leashes. Both dogs even got the chance to play with each other.

There was some tension in the beginning, but both dogs quickly warmed up to each other. This was better than everyone imagined it would go. Patrick is pleased about it, and he will talk with his girlfriend and kids about it. There is a big chance Everly will be a part of their family. 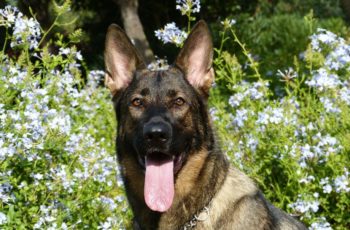 In some parts of the world, dog meat is still … 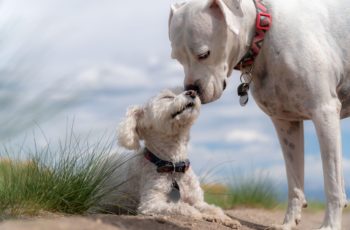