Chapo, the pit bull, spent four long years chained up in his owner’s backyard. He was never given proper food, clean water, or a decent shelter to live in, especially during winter.

Fortunately, Chapo’s suffering ended when he was rescued by an animal shelter in Houston called the Animal Justice League. He received proper care and a safe and warm place to sleep in, but nobody was interested in adopting him because of his breed.

Chapo was eventually included in the dogs to be euthanized because the shelter was already getting too crowded. Luckily, Chapo was able to capture a potential adopter’s attention without realizing that his life was finally about to change.

Claudia (who wished to keep her last name private) noticed that Chapo was trembling in fear inside his kennel, so she decided to ask one of the staff to know more about him. Hearing Chapo’s heartbreaking story, Claudia immediately volunteered to foster him because it was the only way to save him from being put down.

It took a while before Claudia earned Chapo’s trust because he was too traumatized from all the hardships he faced from his previous owner. Chapo suffered from so much anxiety that he would tremble in his sleep.

Claudia shared that she would stop whatever she was doing and lay down with Chapo, all while reassuring him that they would get through things together. Chapo eventually felt safe with Claudia that he began seeking her for comfort.

Claudia knew that Chapo needed to experience being outside once in a while, so she began taking him out for walks with her 2-year-old niece. Chapo’s mood instantly because he began running around with his new human playmate afterward.

Claudia noticed that Chapo seemed to fit perfectly in her household, so she decided to adopt him. She shared that getting Chapo was a great decision because he was the missing piece that she never knew her home needed. 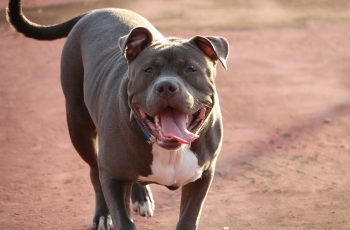 Advertisements They say that mothers never really get over the … 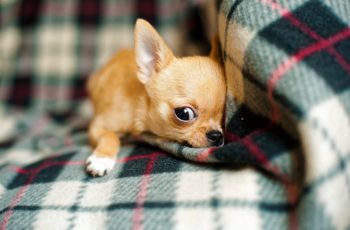 Advertisements Love is the strongest emotion that can give us …