No matter where you are from, you know that doggos are crazy about food. Dogs are so obsessed with food that they basically changed their future because of it. We’re talking about the time when we first befriended these furry goofballs.

It is widely believed that doggos back then started sticking around our camps because we kept giving them food. And it shouldn’t be a surprise that their addiction to anything edible is still a factor in how they behave thousands of years later.

However, because of food, our fur babies tend to forget all their training and misbehave. Some puppers are just too crazy about food that they would disobey their beloved humans even if they’re told not to eat something. 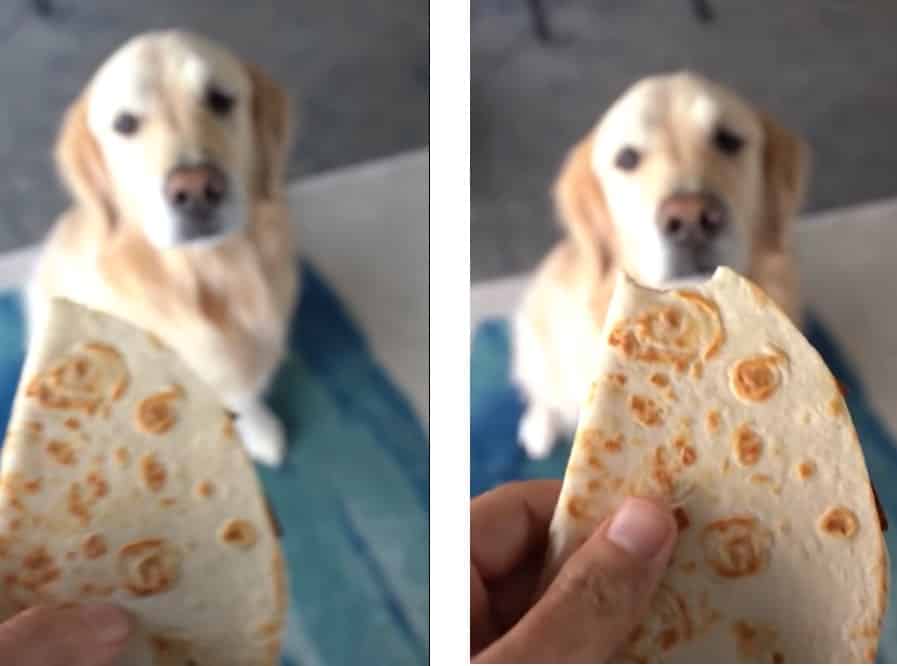 But there are also some dogs like the Golden Retriever in the viral video below. This good boy is Cooper, a furry internet celebrity with half a million subscribers on Youtube. This pooch has a lot of followers because his dad, Trevor Martin, is a famous vlogger on Youtube.

In the doggy clip below, Trevor is showing Cooper how to take small bites using a piece of tortilla. Usually, the words “dog” and “small bites” aren’t used in the same sentence, and we all know why. But Cooper shocked the internet when he showed that he could control his urge to eat! 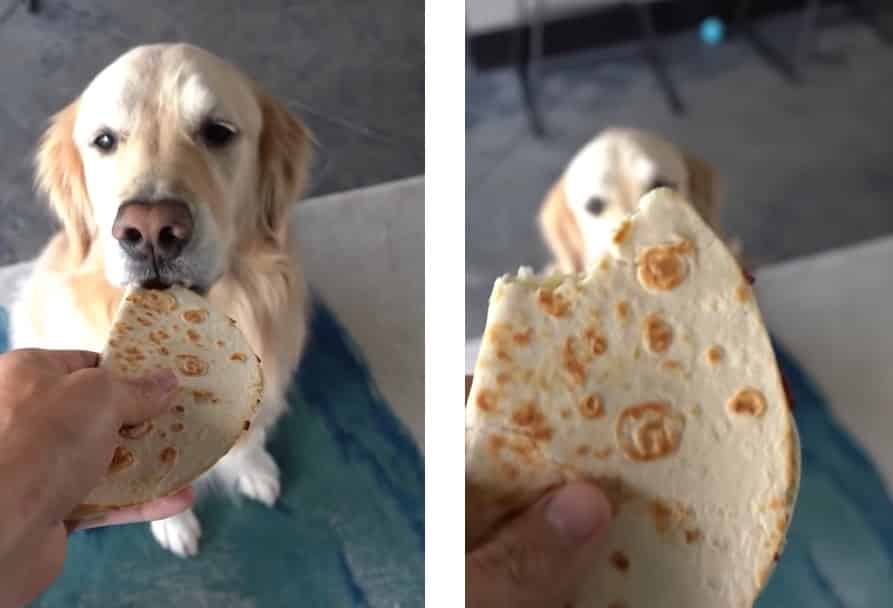 The clip starts off with Trevor holding a piece of tortilla in front of the pooch. The dog dad then showed his fur baby how to take a small bite. Trevor then bit off a small piece and showed it to Cooper. Usually, we’d think that there’s no way that a doggo would understand what that meant.

But the Golden Retriever understood him perfectly! So much so that when Trevor asked Cooper to take a small bite, the doggo barely bit anything off, and he asked the pup to take another bite! The dog dad couldn’t help but laugh at how adorable his pooch looked while trying not to devour the tortilla.

Check out Cooper’s hilarious video below. 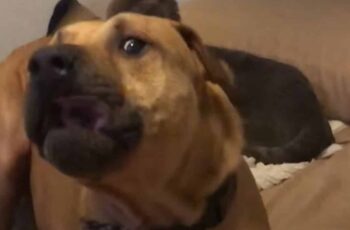 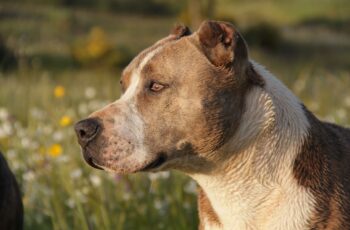