Jessica found Sugar from a bunny breeder that no longer wanted her. She decided to talk to her husband to ask if they could rescue Sugar, and he said yes. Jessica introduced Sugar to her dog, Roman, and was surprised at how quick their introduction was.

Jessica recalled giving Sugar the freedom to hop around and do whatever she wanted in their sunroom during her first week to get her used to her new home. Roman happened to be lying on the floor and did not mind Sugar checking him out. 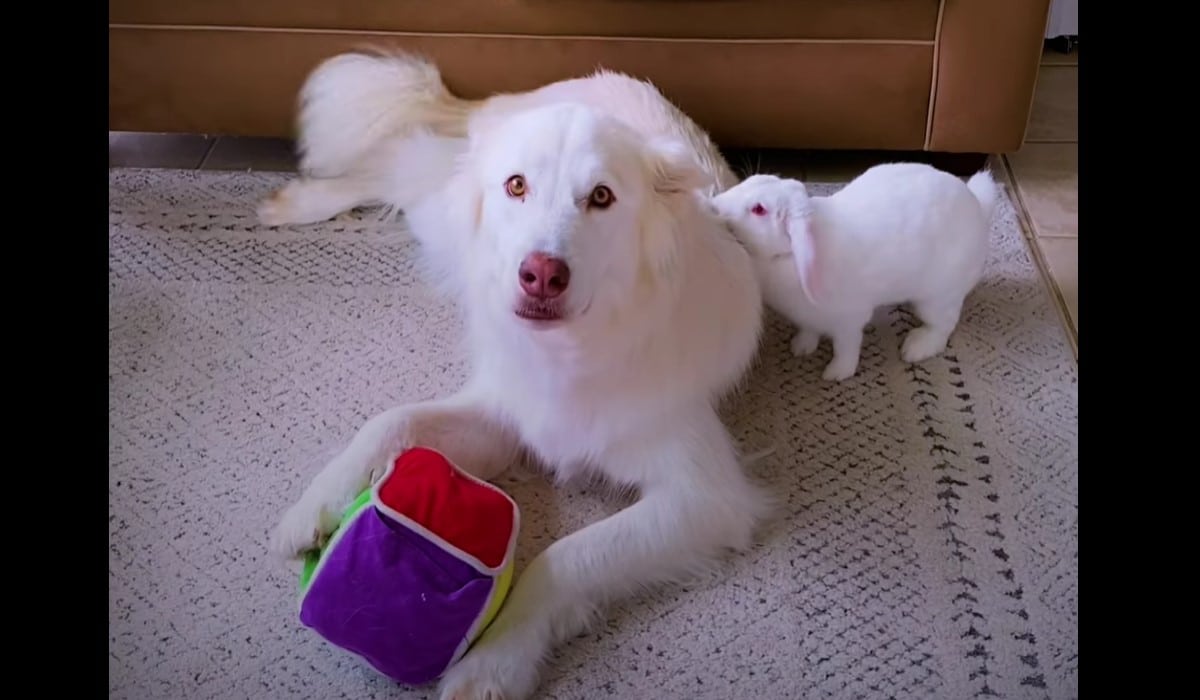 Jessica felt that something was going on when she saw Roman roll over on his back and give her his big, goofy smile. Jessica said that the moment it clicked for her was when Roman took a nap in Sugar’s spot, and Sugar laid down right next to him and napped with her splayed.

Jessica knew that Sugar felt like she was on cloud nine when she saw Sugar lay down right next to Roman with her lower body exposed. Roman and Sugar now take naps, eat, and basically do everything together.

Jessica said that Sugar does not like being picked up and her head and feet getting touched. However, she loves letting Roman do all the things she does not let her humans do.

Jessica and her husband saw how excited Sugar was for Roman’s attention because she often nags him for it, especially when he is busy being a dog. Jessica shared that Sugar runs the show in the house because she lets Roman know when she wants to interact and when she does not by doing bunny zoomies around him or ignoring him.

Jessica described Roman as a patient saint who follows Sugar for cues. She shared how glad she is that her two fur babies get along well and treat each other as best friends. 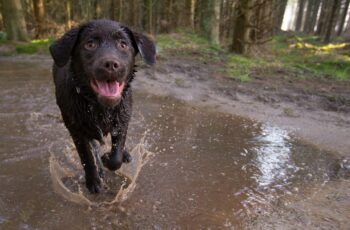 Advertisements A Florida man and his dog are both recovering … 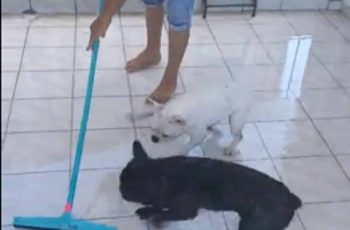 Advertisements Whatever situation our canine friends find themselves in, they …