Home
Daily Dogs
Inseparable Dogs In The Shelter Are Adopted Together

One will never know when or how they would meet their soulmate. Agatha and Jukebox were living on the streets, and both dogs were rescued. They were brought to Pima Animal Care Center at the same time.

It’s amazing how two strangers immediately clicked and bonded. Since they arrived in the shelter together, they were placed in the same kennel. There, they shared a bed.

When the volunteers tried to separate them, they kept looking for each other. They were very uncomfortable not being with one another. They would toss and turn as they tried to sleep. The volunteers finally gave up and just brought them back to their kennel so they can be together.

The main concern of the people in the center is that they have been there for quite a while. It’s very challenging to find a family to adopt two dogs together. Luckily, Agatha and Jukebox found a family who was willing to take them both.

Erin and Ubaldo requested to meet the two dogs. Their first meeting with Agatha and Jukebox went terrific. The couple saw how sweet the dogs were to people.

They also noticed how close they were with one another. Breaking their bond by only adopting one dog was not an option.

The couple knew that the best thing to do was to adopt them together, and they did. Agatha and Jukebox now belong to one family.

They have officially become siblings. Even in their new home, they were still inseparable. They play with one another, sleep beside each other, and do everything together.

It’s fantastic to know that they’ve never met each other before they were brought to the shelter. With the way they act, it seems that they have known each other for a long time.

These two can teach people about unconditional love. They can also teach people that the right family will come. Every dog has the perfect family for them. Fortunately, Agatha and Jukebox found theirs. 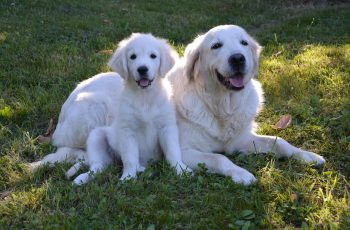 Because of their intelligence and impressive work ethic, Golden Retrievers … 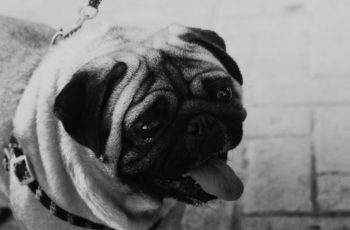