Home
Dog Videos
Meet Mako: The Pit Bull Who Thinks He Is A Cat!

Dogs are quick to adapt to their environment. For two-year-old Pit Bull Mako, he adapted well to the lives of his cat siblings. He now thinks he’s a cat. He loves to stalk mouse toys and to knead a cushion – it’s like he never knew he was a dog in the first place!

According to his owner, Bethany Castiller, they adopted Mako back in 2018. Their family observed cat-like mannerisms and behavior from the puppy. Bethany said that from the very start, they kept Mako separated from their two house cats, Gizmo and Pecan. But curiosity got the best of the Pit Bull, and he started hanging out with his cat siblings. That’s when he exhibited more cat behavior. Mako even wants to stay on the house’s elevated surfaces, just like a cat! 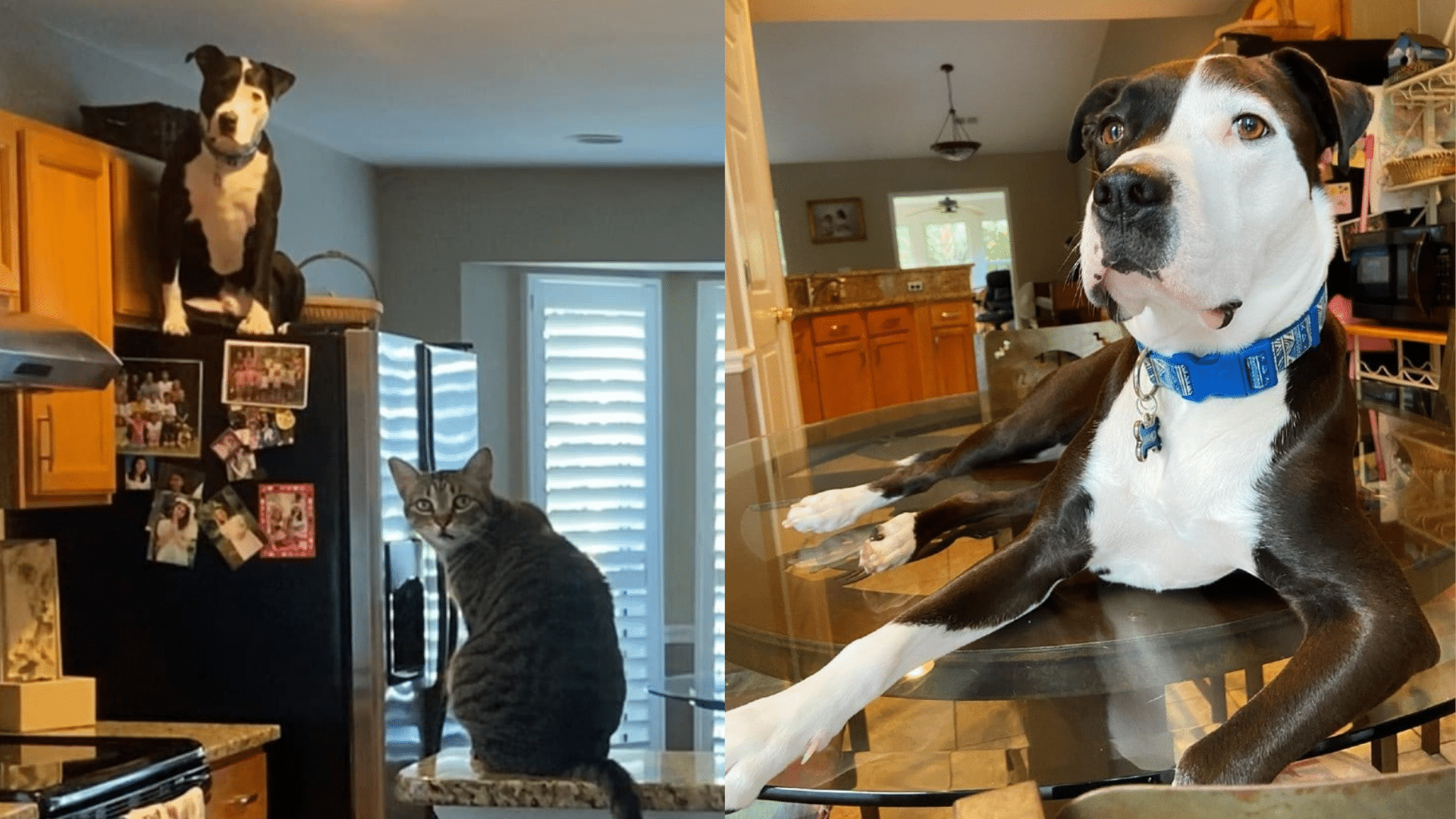 Bethany thought the cat behavior would stop there – but it did not! Mako joins his cat siblings every time they lounge on cabinets and countertops. The Pit Bull loves to spend time with Gizmo and Pecan. If he’s not with the humans, he is doing “cat stuff” with his siblings.

Mako even learned how to leap from one surface to another, just like a cat! One of his favorite cat thing to do is to jump on top of the fridge. Some people are surprised to learn how high Mako can jump. Just like his cat brothers, the Pit Bull can leap from the counter to the refrigerator with ease. 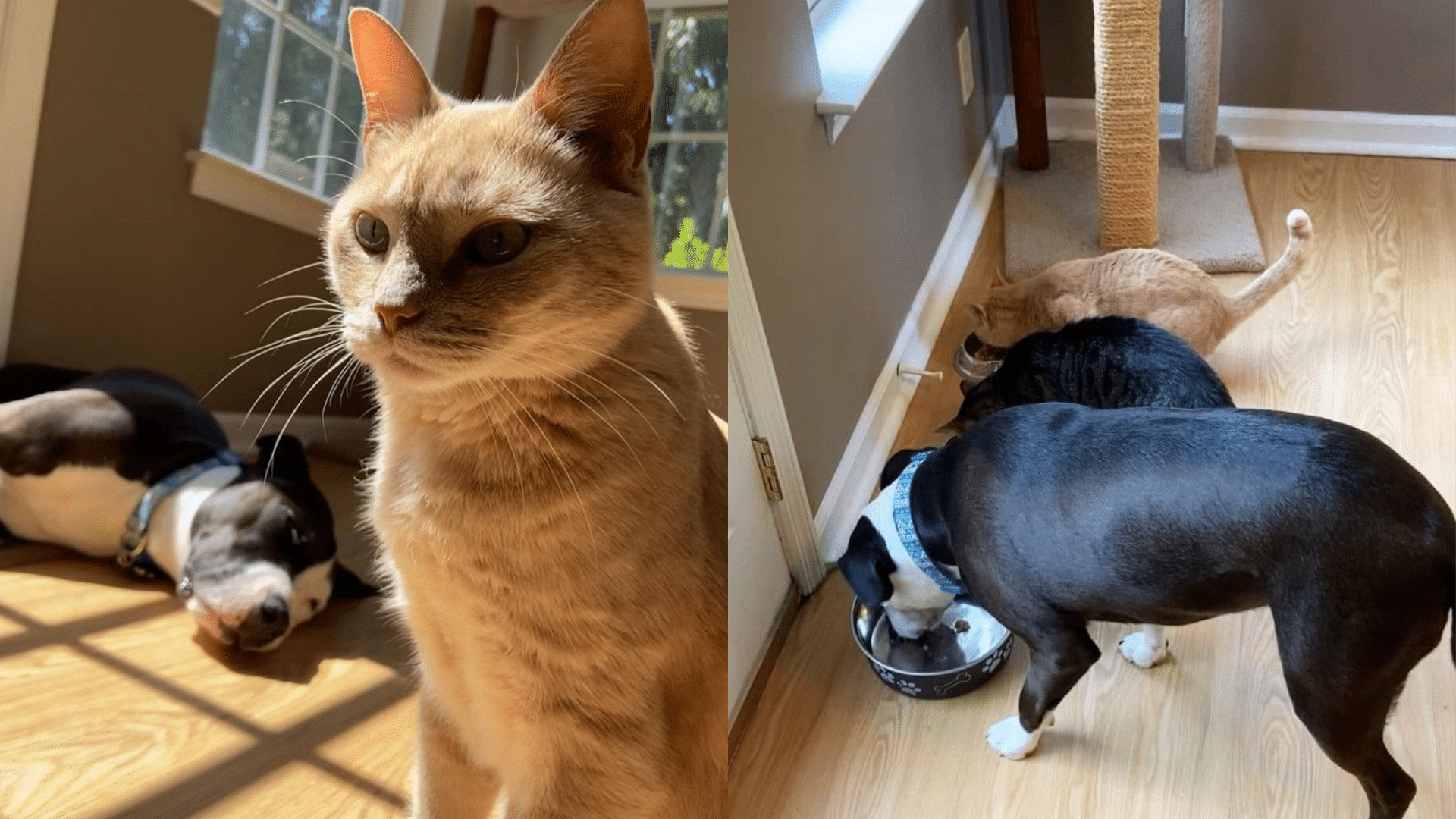 Aside from leaping, Mako also loves to play “cat games.” His favorite toy to stalk is a mouse toy. The dog also loves cat treats! According to Bethany, she never spends a dime on dog food because Mako doesn’t like eating them. As for other cat behaviors, the Pit Bull also loves lounging on the table, just looking at birds outside.

As for Mako’s cat brothers, Pecan and Gizmo, the duo does their best and tolerate their big dog brother. Bethany says Mako wants to be with the cats 24/7, but the cats are not that thrilled to spend every minute of every day with him. The siblings’ funny antics are documented in Mako’s Instagram account. Check out their daily adventures and witness the fun for yourselves! 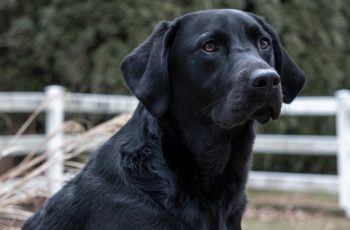 Aaron and Tara brought their dog Chevy to have his … 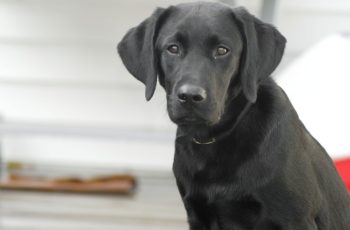 Dogs can be easily amused, and they quickly get bored …