Who does not love a Labrador? Dogs from this breed are lovable, cuddly, and friendly. They are also incredibly loyal and intelligent. These beautiful dogs come with different coat colors, but there’s one Lab that is truly unique and outstanding.

Meet Blaze, a ten-year-old Labrador retriever. Because of his old age, Blaze received a few nicknames, such as “the funny old man.”

Blaze lives in Finland, and he loves the outdoors. He was born with a black coat, and that color stayed this way for most of his entire life. However, a year ago, Blaze started developing white marks and patches all over his body.

Nothing about Blaze has changed

Apparently, Blaze has vitiligo. For starters, vitiligo is a skin condition caused by depigmentation. In other words, the skin loses its natural pigment. Vitiligo also causes hair to turn white, which explains why Blaze’s black coat has white patches.

Interestingly, Blaze’s siblings do not have the same condition. They all remain single-colored.

Blaze has undergone great changes as far as his coat color and appearance are concerned. But the change in his coat did not cause anything significant in his behavior and demeanor.

Santeri, Blaze’s owner, said that the condition does not stop the dog from enjoying his daily life. Blaze is still full of energy, healthy, and always wants to go places.

Recently, Santeri posted a picture of Blaze on a popular Facebook group called Dogspotting Society. The photo simply showed Blaze sitting next to the dinner table.

There are comments, such as “Beautiful” and “Stunning!” One user said that she had no idea that dogs could have vitiligo and that it just made Blaze even more beautiful. Some were even tagging their friends to share the news about this unique dog. 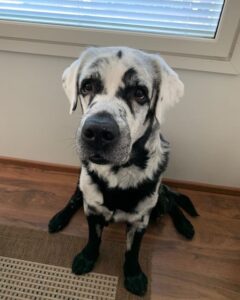 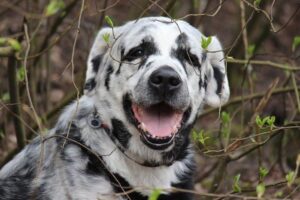 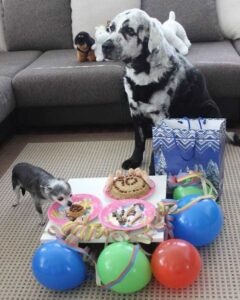 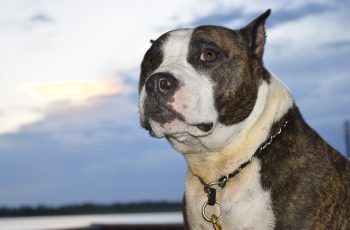 Dogs are quick to adapt to their environment. For two-year-old … 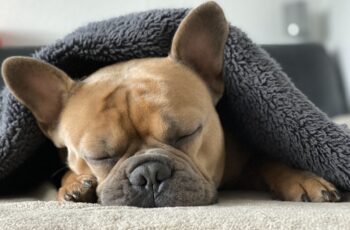