People have been doing all sorts of things to keep themselves entertained while in quarantine. Some have shared photos of how clean their houses finally are, after months of having to put things off because of work. We also have the couch potatoes who have been sitting in front of their TV screens since day one.

With the rest of the word dabbling into all sorts of activities, one man went on an extraordinary mission. He figured the best way to spend quarantine would be to get engaged to the love of his life. This man is none other than famous Chicago Bulls player, Zach Lavine.

The NBA star decided that it was time for him to pop the question to Hunter Mar, his longtime girlfriend. Lavine even asked his Pit Bull, Grizzly, to help him out. The pup obliged, of course. After all, Mar was practically his fur mom since she’s also been taking care of him.

Lavine staged an impromptu photoshoot at his backyard. The couple knelt down beside Grizzly during the first part of the shoot. They stood up after that, but Lavine knelt down again and grabbed the ring from inside his pocket. He then held Mar’s hand and asked her to marry him.

His high school sweetheart was obviously shocked, but she said yes almost instantly. It meant the world to Lavine, who took to Instagram to show the world how happy he was.

Quiet on the set

It’s worth noting that Grizzly remained quiet as his favorite humans had their moment. He seemed unimpressed by Lavine’s gesture, as he continued posing for the photographer who kept shooting during the proposal. Later on, the pitty left the set to go look for something. You can check out Lavine’s quarantine proposal below: 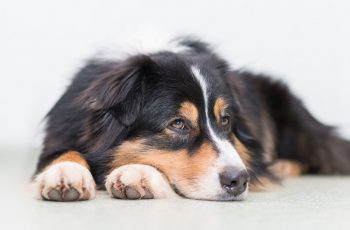 We have heard stories of dogs adopting other animals as … 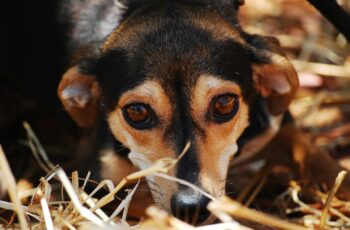 Despite what they’re called, our firefighters do a lot more …