They say that mothers never really get over the pain of losing a child. The death of a child leaves a hole in mothers’ hearts, and there is nothing anyone can do about it. So when a Pit Bull named Daya lost all nine of her children, she was devastated beyond comfort.

From one place to another

It all started when Daya was found wandering the streets of South California. She was later taken to a local shelter, where the staff learned that Daya was pregnant. However, since they could not take her in because of overcrowding, they needed to find a new place for Daya to stay lest she be euthanized.

Luckily for Daya, Halfway There Rescue fostered her while helping look for a permanent place for her to live in. But, when Daya was brought to the vet for a checkup, it was discovered that all nine of her babies were already dead and slowly poisoning her body.

A huge sacrifice for survival

The vet needed to act fast. They performed surgery within only an hour after Daya had arrived at the clinic. Daya’s life was saved, but not her sanity. Devastated over the loss of the puppies, Daya began carrying around small toys and socks inside her foster home. She was also grooming these things as if they were her babies.

But when everyone thought that all hope was lost, Halfway There Rescue received a call about a female puppy that was covered in parasites and skin infection. The puppy, which was later named Rasin, had also just been operated on because she had a severely injured eye.

Finding comfort in one another

Knowing that Daya was longing for her babies, and Raisin was in need of a mother to take care of her, rescuers immediately introduced them to one another. Within hours, the two formed a bond, and they had been inseparable since. To know more about the touching story of Daya and Raisin, watch the video below: 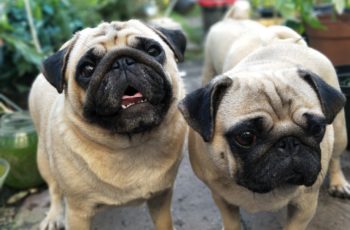 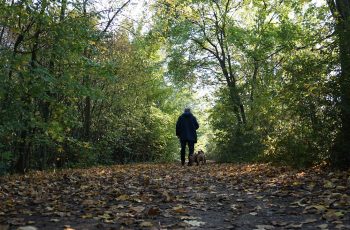 Fur parents everywhere will agree that dogs look best in …