Home
Daily Dogs
St. Bernard Finds The Most Memorable Friend Just On The Other Side Of The Lawn
Advertisements

The open and shared space of a lawn between two neighbors gave the two-year-old St. Bernard named Brody the sense of freedom to go on his own and look for friends. Interestingly, this began a friendship of a lifetime between Brody and his next-door neighbor, Grandma Sally.

Sally first saw Brody and his parents when she came over to bring his human siblings some sweets when they were little. Then one day, Brody just sat by Sally’s sliding door and she thought he was the cutest little thing. Ever since then their friendship grew to be something special.

It became a daily routine for Brody to go over and see what Sally is up to every day. Sometimes Brody brings Sally the newspapers and she would just be thrilled to see Brody waiting by the door. Other times Brody comes over by the window to see where Sally is and despite anything, Brody will be at Sally’s.

Brody always acts like he’s Sally’s grandchild and he is always excited to see what a new day with Sally would be like. Once Sally opens the door to let him in, Brody becomes a very patient and gentle boy. He would just wait for Sally to give him treats and together they watch shows on the television while sitting on the couch. They’re just very comfortable with each other.

Sometimes, Brody and Sally would do some outdoor activities as well just like gardening. But the time came when Brody would no longer see Sally by the window. Due to her advanced age, complications to her health became more apparent and Sally decided to relocate to a senior living facility. Sadly, Brody didn’t understand the change that took place so he just continued to do the same routine.

To avoid Brody’s sad confusion of missing Sally, they drive every week to let Brody see her. Even if it’s far and only once a week Brody doesn’t mind it at all and is just purely happy every time they visit. They no longer watch tv though, just sitting with each other outside is enough. 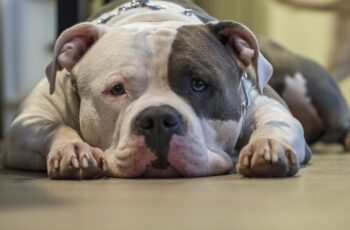 Advertisements Many people think that Pit Bulls are really mean … 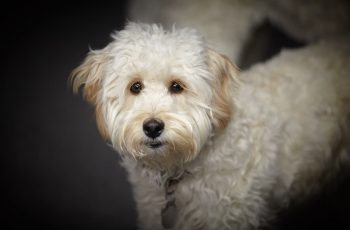