Probably one thing that dogs hate the most, aside from visiting the vet, is taking a warm bath in a tub.  Some of you must have tried skipping this task, but one whiff of their fur might make you think that giving no bath at all is a terrible idea. Take the Matthews family who aren’t strangers to this type of problem, especially when it comes to Phil, their Great Alaskan Malamute.

As seen in the video, it starts with Phil and his family in the bathroom.  His dad is calling him to come and hop in the tub since it was time to take his much-needed bath. But notice that Phil doesn’t want to make any eye contact with his dad simply because he dreads the idea of taking a bath.

The dad tries to carry Phil into the tub, but the pooch refuses to do so and always finds a way to escape.

Phil tries to hide under his human sibling that’s sitting in a chair nearby. But when he realizes that he is too big and that there is nowhere else to hide, he goes up against the wall and refuses again to look at his dad.

Now you see, the parents know that Phil has a love for peanut butter. Dad takes the jar of peanut butter and places it near Phil’s nose and without doubt, he munches on the yummy treat! He then places some peanut butter on the tub and quickly points it out to the pooch.

Phil can definitely smell the yummy peanut butter smeared on the tub. He also knows quite well that it is a trap for him to be bathed in the tub.

After a few minutes of thinking about whether to fall for the trap or not, he finally decides to give in to taking a bath just so he could lick off some more peanut butter in the tub. Finally, after several scrubs with shampoo and water, Phil smells all clean and is ready to be cuddled again!

Watch how this family found a clever way to bathe Phil, through the video below. 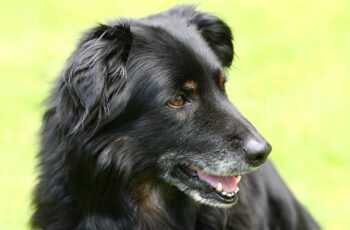 Advertisements Separation anxiety may cause a dog to behave in … 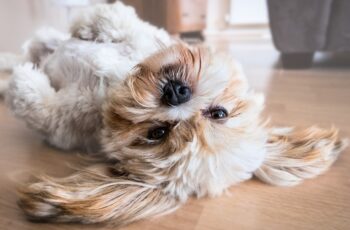 Advertisements Bonding with family and peers is one way of …